So you found the AMP button on the WordPress post dashboard and want to know what it does and whether to use it or leave it switched off. After all, nothing seems to change when you flick it on. What’s the big deal?

Loading speed. That’s the simple answer. AMP (accelerated mobile pages) increases the speed of a site’s page so it appears on a mobile device sooner. The difference can come down to milliseconds. (That’s why you can’t SEE a difference.)

Search rankings increasingly rely on the metric of a website’s loading speed when deciding which site appears first or last in any given search. The slower the site, the lower the ranking. And, if you’re unaware of this fact, you’re probably unaware that there are two versions of your own site to consider. One is the version that displays for computer browsers, and the other is the one that appears for mobile devices. Site ranking in Google Search considers the loading speed of both versions.

Sheesh. That was wordy and techy sounding. Stay with me. It gets easier (I’m not a tech-geek, just a user).

To deal with this change in the way sites are measured, WP has recently come up with a solution with its AMP feature. It’s a brand new way of serving specially constructed site pages to mobile devices (tablets too). Every bit of ‘chunky’ script is removed while what remains is arranged in a unique way. It matters what, how much, and in what order the data is delivered to mobile devices.

I’m a hack when it comes to computers. I write books. I know enough bits of WordPress code to get me into deep trouble but not enough to get me out of it. That’s why I stay away from writing the stuff. My involvement in WP is like yours. I’m using it to promote my work. I’ve been aware of the speed metric for a while but mostly ignored it. I soon recognised it had some degree of importance when ‘AMP’ started appearing on my WP dashboard. I leapt out of my seat when ‘BOOST’ appeared alongside Jetpack (my professional site). I pressed the button and the speed increase was amazing.

Obviously, speed HAS BECOME an issue!

AMP (and BOOST) is fantastic but it can only do so much. There’s a bit of work to be done by you, the webmaster if you want to make the most out of it — and there are easy ways to shave off vital milliseconds from your site by how you set up your pages and posts:

Before you groan at my suggestions, they are ONLY suggestions. If you’re making a tonne of money from ads, keep them. If you’re a photographer and need large, hi-res pics displayed on your site, stay with it. I’m just saying these are the things that slow down the site’s pages.

Photo sizes: The metric has been squeezed so tight that the smallest possible version of the photo is what should be used on every page. If the WP theme feature image specs suggest 1200×675 pixels, then make it exactly 1200×675. Don’t resize and crop in WP, do it in a separate image editor and then import the finished pic into WP. And when it comes to compressing the image, don’t be lazy. Compress the image as far as possible. If the photo looks the same at 50k as it does for 150k, then go with the 50k. There’s half a millisecond right there!

Plug-Ins: They are tempting to keep around but they add weight to a theme and, in turn, to a page. Obviously, there are some you have to keep around to make the site work. Akismet, Jetpack, etc. On the other hand, pop-up plug-ins use meaty bits of code. Even if you switch the plug-in off, the theme still carries the plug-in around. Don’t ask me why it slows the pages too, it just does.

Imported Fonts: There’s something in the WP documentation about imported fonts. I don’t use them so it doesn’t apply to me but if you’re using a non-WP font on your site, the font data has to come from another site. That import delays the process and adds milliseconds to the site’s loading time. Use the WP inbuilt fonts instead.

Animations: Flashing banners on the front page used to be so very popular (Remember MySpace?). Not anymore. Animated gifs and movie files require more data than static images (or no images at all). Most people are moving their animations off their front pages and leaving them to appear later in the site — and they only run when a visitor clicks on something to activate them, not automatically.

Advertisements: This is, as you may have guessed by now, a combination of off-site imports plus animation (ads are often animated). Moving the ads off the front page will help improve the standing of the overall site when it comes to search rankings.

Theme upgrade: Themes built before 2018 were written at a time when the metric wasn’t so important. They might’ve been fast in their day but not now. If you’re running an old theme, chuck it out and find a young one built in this generation of the mobile internet.

Most of the metrics (as far as I understand) go towards the front page of a site. Your primary page has got to be faster than lightning-fast for it to be in the running. There are only just a few themes in WP’s giant theme bank that have a chance at meeting the new standards. Choose yours wisely.

My pro-site is finally receiving an ‘A’ for mobile and desktop loading speeds. Go have a look. There’s barely anything of it. I’ve got a site title, a pic, a menu and a tiny bit of text. That’s all. If the photo wasn’t compressed as far as it is, the site would get a ‘B’. Switching to a lo-res animation (instead of the static one shown) would drop it to a ‘C’. An Ad-inclusion takes it to ‘F’.

Now you know just how thin a page needs to be to get an ‘A’ in today’s search-obsessed world.

Oh yeah — I could mention something about the speed of your current host but I won’t. You’ll figure out why when you start working on your site. Now get on with it. In the months and years to come, you’ll thank me for this page!

–Michael Forman (download a copy of my book. It’s free!)

Natasha found the love letters Mitchell wrote her mother when they were teenagers in high school. After Nina’s brutal death, Natasha decides to seek out the man her mother held in such high regard — to bring him those letters and let him know of Nina’s passing. The young lady ends up developing a relationship with Mitchell, falls in love and then becomes pregnant.

Will she get the happy ending her mother had always dreamed of? Or will she find out exactly how her mother died? 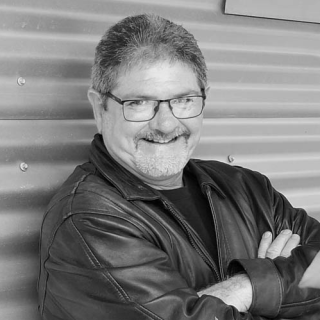